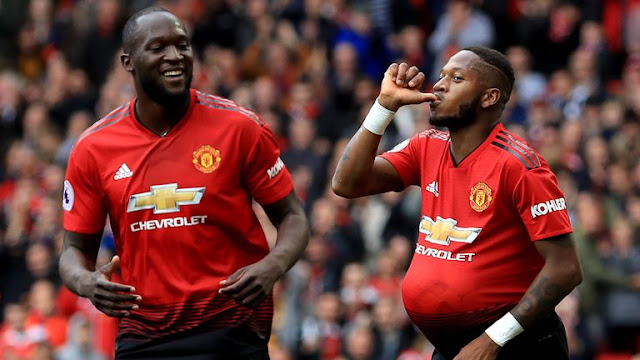 Manchester United Settle for points against Wolves at Old Trafford. Fred scoring his first Manchester United goal, which got equalized by Joao Moutinho in the second half  leaving the Red Devils with 101points after week six….. Highlights Below

Man Of The Match : Joao Moutinho

United have dropped six points from seven Premier League games at Old Trafford against newly-promoted opposition under Jose Mourinho; more than the Red Devils had dropped in 10 seasons in the top-flight between 2006-07 and 2015-16 (5).
Wolves have avoided defeat at Old Trafford against Man Utd in all competitions for the first time since November 1980, stopping a run of eight successive losses.
João Moutinho scored his first goal in 28 league games since netting against PSG in November 2017.
Fred is the first Brazilian player to score a Premier League goal for Man Utd since Rafael vs QPR in February 2013.
Paul Pogba has been directly involved in six goals in his seven starts in all competitions for Man Utd this season (4 goals, 2 assists).