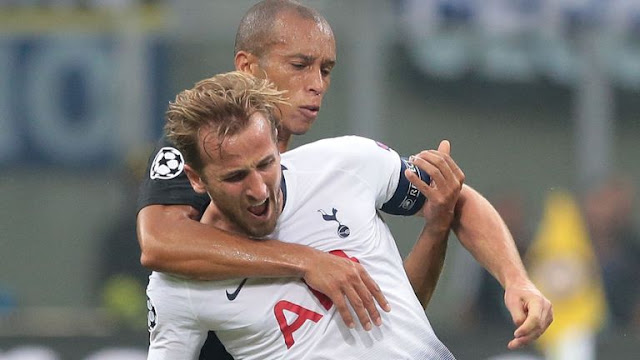 Inter Milan at San Siro came from a goal down to secure a 2 – 1 win over English side Tottenham Hotspur at San Siro ,taking all three points to stay second in group B after UEFA Champions League day one.

Man Of The Match : Samir Handanovic

Tottenham have won just one of their previous 10 European matches away from home against Italian opposition (D4 L5).
Inter Milan forward Mauro Icardi has scored in each of his last three appearances in European competition, after scoring just one in his previous 11 games.
Inter Milan have won four of their last five Champions League matches against English teams (L1 – vs Spurs).
Tottenham’s Christian Eriksen has scored three goals in his last five Champions League appearances, one more than he netted in his previous 24 in the competition (2 goals).