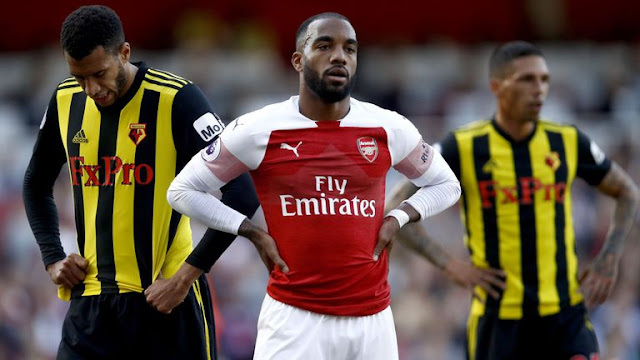 Man Of The Match : Jose Holebas

Watford have won only one of their last 15 away league games, drawing two and losing 12.
Since returning to the top-flight in 2015/16, Watford have scored seven own-goals, more than any current Premier League side.
Arsenal have scored 10 Premier League goals in the second half this season, a joint-high tally along with Manchester City.
Bernd Leno is the eighth German player to play for Arsenal in the Premier League (also Gnabry, Lehmann, Malz, Mertesacker, Mustafi, Ozil and Podolski); only Manchester City have seen more German players in the competition (10).
Arsenal playmaker Mesut Ozil has scored two goals in his last three Premier League games, as manay as he managed in his previous 18.
Since the start of last season, Alexandre Lacazette has been directly involved in 22 Premier League goals for Arsenal (16 goals, 6 assists), five more than any other player.