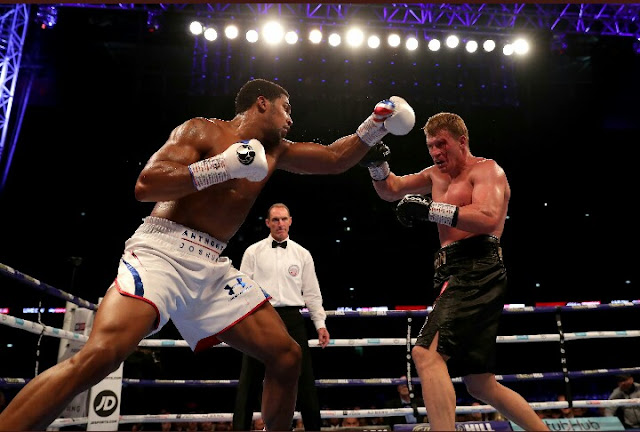 Anthony Joshua Knocked out Alexander  Povetkin in the seventh round to retain his WBO, WBA, IBF, IBO World Heavyweight Titles.. On Saturday night.

Recap :
Povetkin and Joshua started strong landing big shots but Povetkin camc out strong in the first, after a combination from him wobbled AJ and started a bleeding from his nose. In round 2, AJ still could not get his Rhythm going and got hit by Povetkin’s right hooks.

A cut on Povetkin’s left brow at the starts of the fourth, AJ Settling in gradually, while Povetkin begins to tiring but still had more connections with his left hooks at round five.

Then early in round seven, Anthony Joshua drops Povetkin with a great combination, which he couldn’t deal with, promoting the referee to stop the fight ……….. AJ Wins Via KO Round 7

Other Results From The Card