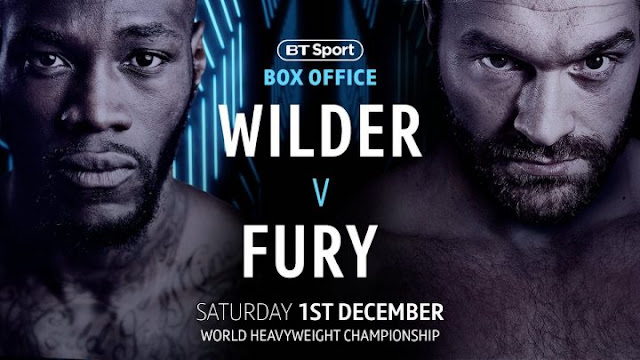 This Clash of undefeated heavyweights will have Wilder’s power in display and the speed and movements of Tyson Fury, threatening to be another fight of the year contender. Wilder will face his second consecutive top-five heavyweight in what experts have set as the closest odds of his professional career.

“Wilder vs. Fury is a throwback to the glory days of heavyweight boxing – a 50/50 matchup between two larger-than-life athletes with towering physical frames and captivating personalities,” said Stephen Espinoza, President, Sports and Event Programming for Showtime Networks Inc.

“Deontay Wilder has proven he’s the hardest puncher in boxing. Tyson Fury‘s size and skill set present a challenge unlike any other in the heavyweight division. No one knows what will happen when these two giants step into the ring, and that’s what makes this fight so fascinating.”

The Tickets Jointly promoted by BombZquad Enterprises and Queensberry Promotions, in association with DiBella Entertainment and TGB Promotions, go on sale Wednesday, October 3 at 12 p.m. PT. Tickets are priced starting at $75, plus applicable fees, and are available via AXS.com.