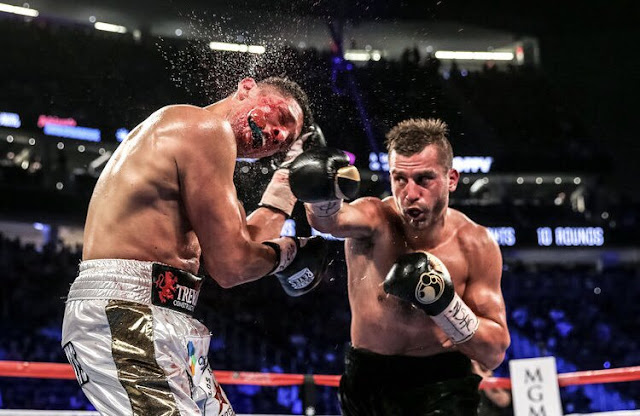 David Lemieux destroyed Spike O’Sullivan (28-3, 20 KOs) in the first round of their scheduled 12-round WBA middleweight championship elimination match, in the undercard of Canelo-GGG 2 at the T-Mobile Arena on Saturday night.

Lemieux ended the fight with a devastating left hook at exactly 2:44 of the first round. O’Sullivan, who had not been knocked out cleanly throughout his professional career, went down on his knees after the shot and couldn’t make it back to his feet.

“Don’t piss me off, guys,” Lemieux told HBO’s Max Kellerman in the ring following his impressive victory. “I guess the message should be clear. I didn’t like all that trash-talking that was done to me before the fight by O’Sullivan. … I don’t trash talk at all. I don’t respect that type of behavior.”