Canelo Alvarez Vs Gennady Golovkin Round By Round

GGG lights up Canelo with a center ring combo. Canelo coming forward but GGG is securing the stretch.
GGG is coming out strong in the final rounds but Canelo is looking for ways to actually bounce back with combinations.

Oh… Couldn’t find one till the fight ends 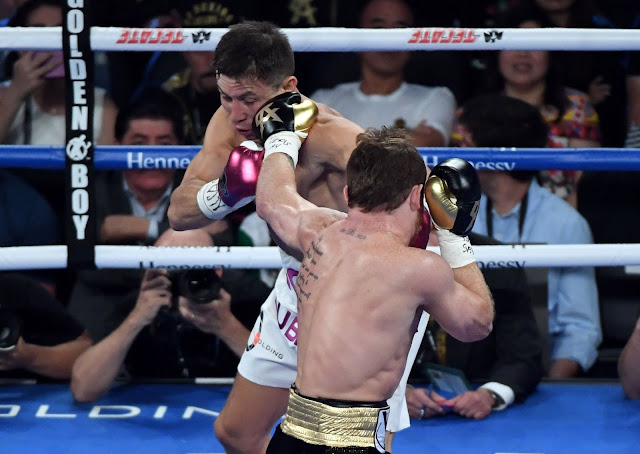 Both fighters out trading shots with Canelo, having most of the Power Shots but the Round ends very close, doubt the judges will find it easy to score the fight.

Golovkin came out firing in the 10th, outworking Canelo  who looked hurt and eventually taking the round

Golovkin’s snap is gone on his punches, that body work is paying dividends. Canelo needs to hook off the jab and throw combinations and he can close the show. Good uppercut by GGG right before the bell 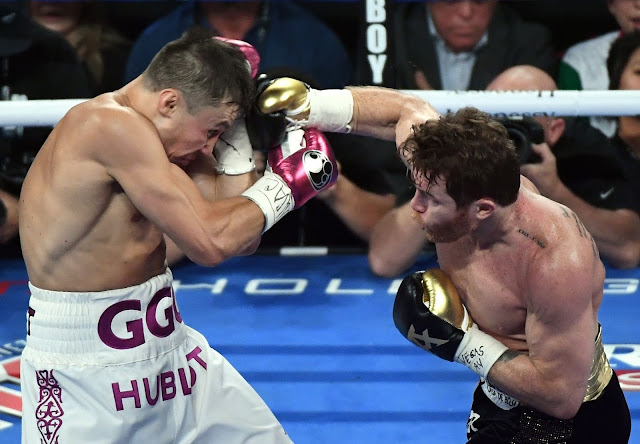 Round 5 ends with both men trading piercing jabs and straight punches at close range. Very close round.
Canelo gone get caught swinging wildly. He really think he gone trade with GGG all night, but coming up with the hardest punches. 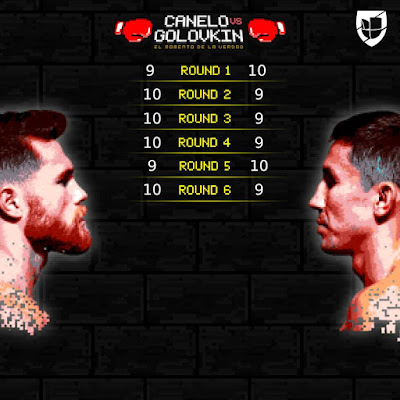 Round three and four looked very close, with Canelo eating up lots of jabs but was able to put out an impressive uppercut towards the end of the fourth round. I wouldn’t be surprised if this ends in another draw. But it’s early. .

GGG started the fight great, with a superior jab in the first round and appeared to edge Canelo but in the second round, it was all exchanges in the middle of the ring, with Canelo coming out on top at the end 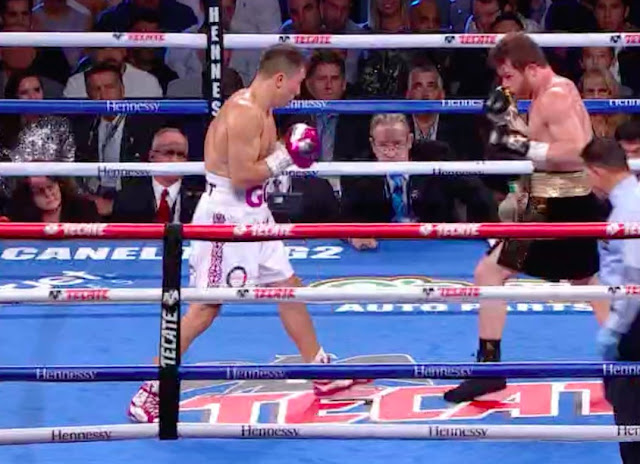