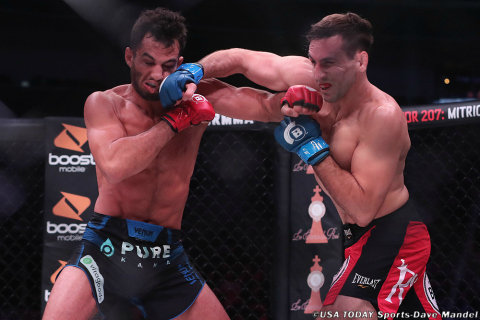 The fight was pretty much open till Macdonald tried an Unsuccessful Imanari roll, which Mousasi capitalized on to pounded him way for a TKO win in the headlining contest of Bellator 206 at SAP Center in San Jose, Calif.

Macdonald, who move up in weight managed to surprise the Welterweight champion a few times but appeared to give up speed against Mousasi in standup exchanges.

He was always vulnerable to Mousasi’s jab, which repeatedly popped on his face each time both got exchanging and An overhand right appeared his best shot, and the bigger champ walked through it. 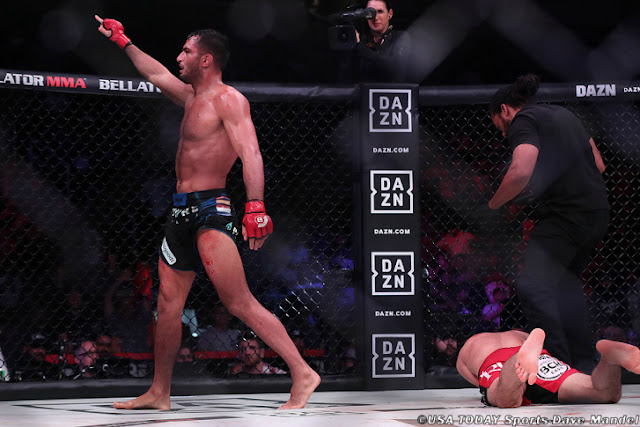 Things got hot in the second round and he decided to roll across the canvas but was intercepted by Mousasi, who mounted and pound away his opponent for a TKO win at 3:23 mark of the second round.