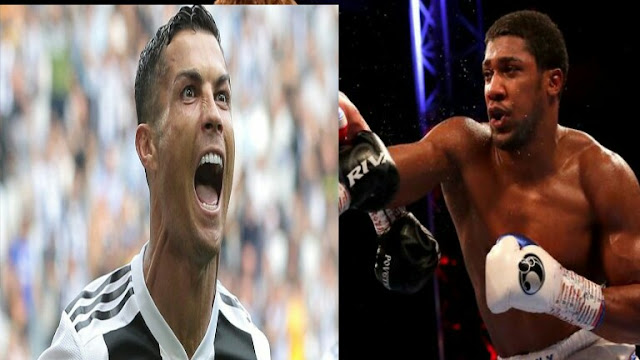 Anthony Joshua dispatched Alexander Povetkin in the seventh round to defend his IBI, IBO, WBA, WBO Heavyweight world titles at Wembley on Saturday night but started the fight slower than expected.

Before the fight, Joshua said he plans to preserve his body cells in whatever Boxing activity he does, which in turn will help his longevity in the Sport, Just as Cristiano Ronaldo and Manny Pacquiao have been able to do.

“Cristiano Ronaldo did a body test,” he said when speaking to Gareth A Davies of The Daily Telegraph. “He is 33, but has the body of a 21-year-old. You have to preserve your body.”

“I could go in there and knock out Povetkin in a round or two, but then there is the eight weeks of intense sparring, doing 200 rounds, you have to protect your body,” he said.

Pacquiao will be 40, by the end of this year but just recently knocked out a younger opponent and has no plan of stopping despite the age barrier.

He added: “I am learning to adjust my life. When I watched a Pacquiao documentary, he trains when his body is ready. It looks lazy, but you’re still getting the same amount of work done and in a better way.”