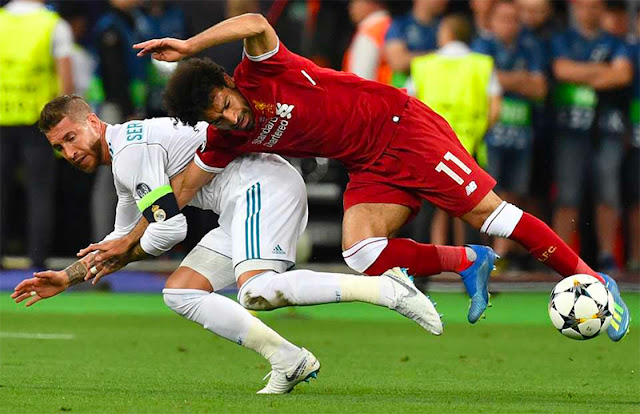 Liverpool fans will admit they have at some point a grudge against that Spanish and Real Madrid defender Sergio Ramos for his part in their UEFA Champions League final loss to Real Madrid earlier this year.

The England Youngster told The Guardian interview that he believes that the Spanish Captain is the best defender in the world, as he gives every thing for his team and hhs been a key factor to Real Madrid’s Run in the Champions League.

“Everyone has their ways of winning and he has shown over the last 10 years that he’s a winner,” Alexander-Arnold told the Guardian .

“So has his team. To win the Champions League three times in a row takes some doing. Ramos has probably been the best centre-back in the world for some time.

“Even if he was the enemy in May you still have to respect him as a player.”