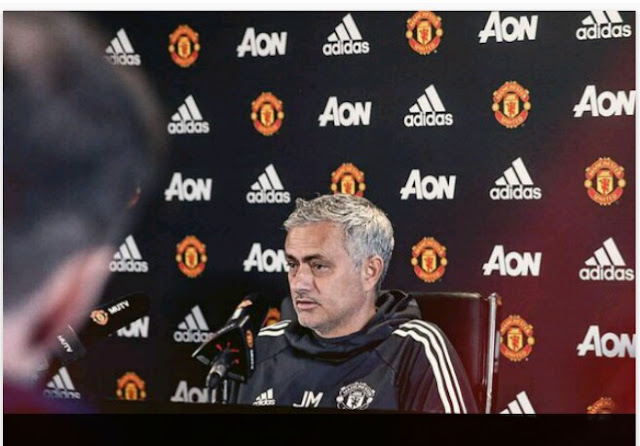 Manchester United will visit Watford, as they plan to build on their win over Burnley before the international break.

Jose Mourinho met with the Press on friday morning to discuss the issues, team news, injuries ahead of the clash on Saturday. Here are few important quotes from the Manchester United Boss.

Its clear, Four matches, 12 points, we know three of those matches werewat home, so in relationr the 12 points, maybe we can speaks of a little advantage in relation to other teams with 2 hone, 2 away. But is a fantastic start, 12 points is great for them , good victories at home, strong performances. Congratulations to Javi Garcia, the Club and the players overall because it’s a very good start.

Fellaini is a doubt, Ander Herrera is a doubt, he had one little problem in one ankle in training during the week, so he is a doubt. Diogo Dalot and Marcus Rojo will play with the Under 23’s today and if they play the full 90 minutes, that will be the end of their recovering process and we will consider them to be back full for full competition.

Contrary to some news and opinions  from thh protocol point of view and according to our Doctor, he will be free to play. The only situations I need to analyze is if we are going to play him when, during the week, he wasn’t training with the team, or if even so we decide to play him.

Jose Mourinho also spoke much on the Marcus Rashford subject due to his performances in the international break but this has little to do with the Watford clash, as he remains sidelined due to suspension.

Other News : Watford Abdoulaye : Manchester United Star Pogba Has Always Been A ShowOff