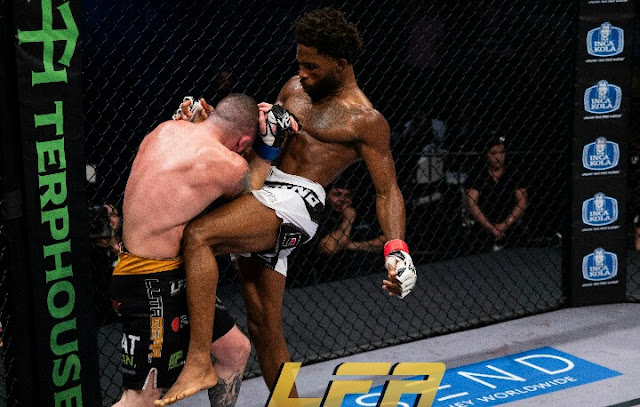 former Victory FC bantamweight champion Raufeon Stots in the main event, made a victorious debut against Ryan Lilley ending him with a TKO in the third round. Lilley was coming into the fight on the back of his debut first-round knockout win against Jordan Winski at LFA 45 in July.

UFC 228 – Tyron Woodley vs. Darren Till Weign In Results