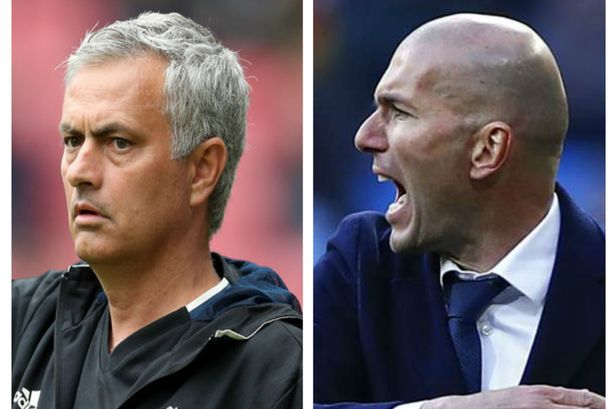 Former Real Madrid Boss and legend Zinedine Zidane is reported to have an interest in replacing Jose Mourinho at old Trafford, following Speculations that the Portuguese job looking the least secure.

Zinedine Zidane resigned on a high note, after a leading Real Madrid to three successful UEFA Champions League trophies and has now turn his focus towards a Premier League trophy, with Manchester United looking the more viable medium.

Before the start of the season, Jose Mourinho seem to have lost a good connection with the Clubs own players and executive vice-chairman Ed Woodward and had had cut a frustrating figure, due to Unsuccessful transfer targets.

L’Equipe in France, reported the French Legend is very willing to take the Job as early as next year.