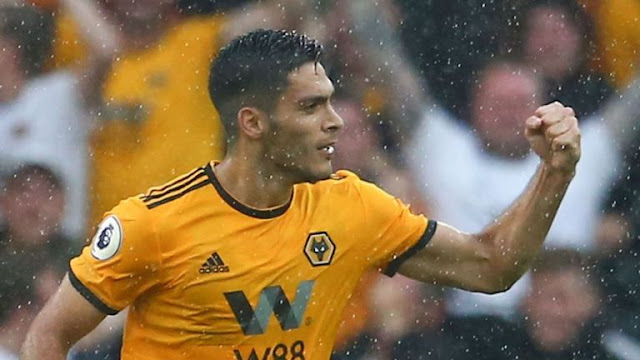 Man Of The Match : Richarlison

Match Stats
Wolves are now seven league matches without a victory against Everton (D5 L2) since a 2-1 win in May 2004.
Everton have drawn their last three opening day Premier League matches against newly-promoted sides, also doing so in 2014-15 against Leicester and 2015-16 against Watford – all finished 2-2.
Richarlison found the net with his first two shots in the Premier League for Everton, having failed to score with any of his last 53 shots as a Watford player.
Since the start of last season, Wolves midfielder Ruben Neves has scored more goals from outside the box than any other player in the top four tiers of English league football (7).
Everton defender Phil Jagielka was sent off for only the second time in his Premier League career – he is the oldest Englishman (35y 359d) to be red carded in the top-flight since Chris Powell (37y 81d) in November 2006.
Everton’s red card was their 90th in the Premier League – more than any other side.
Wolves defender Matt Doherty made his second Premier League appearance – 2,513 days after his first in September 2011; only two outfield players have had a longer wait for their second appearances – Erik Nevland (3,667) and Darren Pratley (2,835).
Ruben Neves both scored and assisted for Wolves – the last Portuguese player to achieve that in a Premier League game was Nani in April 2012, also against Everton.
Other Football Highlights