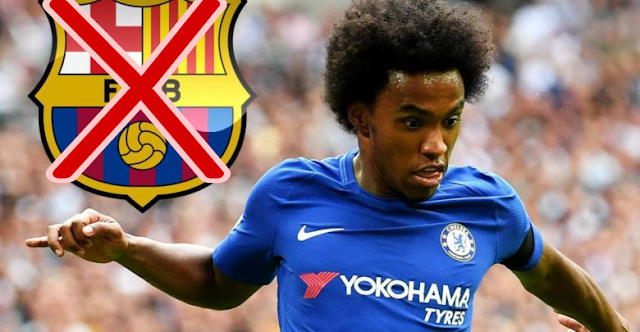 Chelsea boss Maurizio Sarri has pour cold water on the Willian-Barcelona Transfer, saying, he is very confident the winger will remain with the London club at the end of the transfer window.

The Brazilan have also been reportedly linked with a move to Premier League rivals Manchester United and involuntarily fueling his transfer Speculations after arriving back late for pre-season training due to apparent passport issues following the World Cup.

“I spoke yesterday with him about him being late, but not about his future,” said Sarri. “It was a very positive conversation. I am happy about it. There is not a problem with Willian.”

On Willian staying with the club he said “Yes. Very confident.”