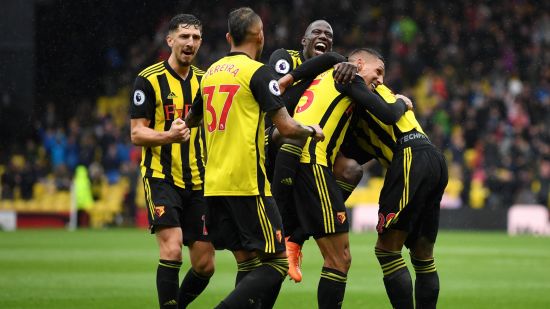 This was Crystal Palace’s first league defeat away at Watford since February 2009 (0-2 in a Championship meeting), having been unbeaten in seven trips prior to today (W3 D4).
Watford’s current run of three consecutive wins in the Premier League is their second-longest winning streak in competition history, and just one short of their record of four games (in December 2015 under Quique Sanchez Flores).
Watford have lost only one of their nine home games in the Premier League under Javi Gracia (W6 D2), including wins in each of their most recent three.
Wilfried Zaha is now Crystal Palace’s top scorer in Premier League history (24), overtaking Chris Armstrong who netted 23 goals in the competition for the Eagles.
Roberto Pereyra has been directly involved in seven of Watford’s last 11 goals in the Premier League, scoring six and assisting another.
Jose Holebas has been directly involved in three of Watford’s four Premier League goals at Vicarage Road this season (one goal and two assists).
Highlights