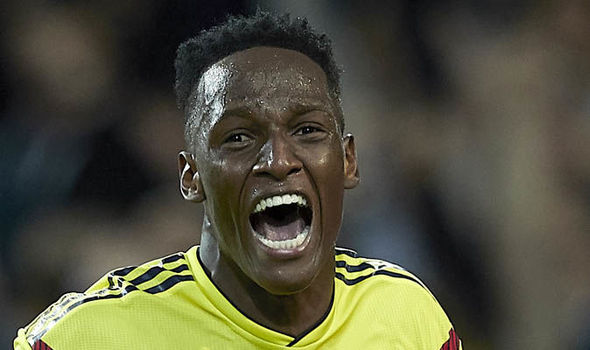 Manchester United target Yerry Mina is having his Everton medical in Barcelona, in a bid to finalize his move to the Premier League on Transfer Deadline.

Mina has been Manchester United’s target for most of the summer but Everton seem to have double crossed them for his signature.

Everton area still set to sign  left-back Lucas Digne after Yerry Mina’s deal is finalized before the close of the transfer window.

The 23 year old Columbian has made only six appearances for Barcelona, since joining the club back in January from Brazilian side Palmeiras.

Jose Mourinho has lost hope of signing any more targets this summer and in his Press conference, said he will make dodwith what he has.