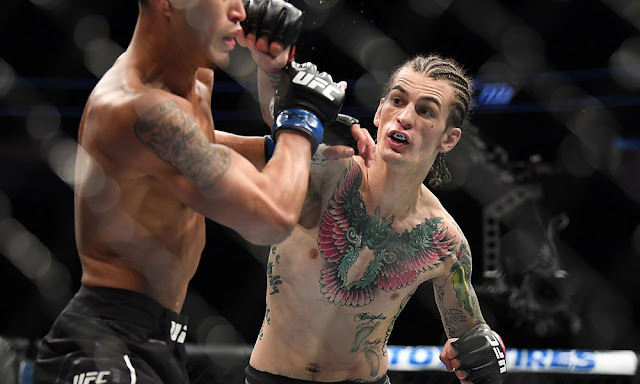 Sean O’Malley will be making his return to the octagon against Jose Quinonez at the UFC 229 event, scheduled to takes place Oct. 6 at T-Mobile Arena in Las Vegas.

Both fighters will be coming in on the back of Unanimous Decision wins.  O’Malley Sidelined since match due to a foot injury , defeated when he defeated Andre Soukhamthath by unanimous decision, while Quinonez last competed at UFC 221 in February, where he defeated Teruto Ishihara by Unanimous decision.