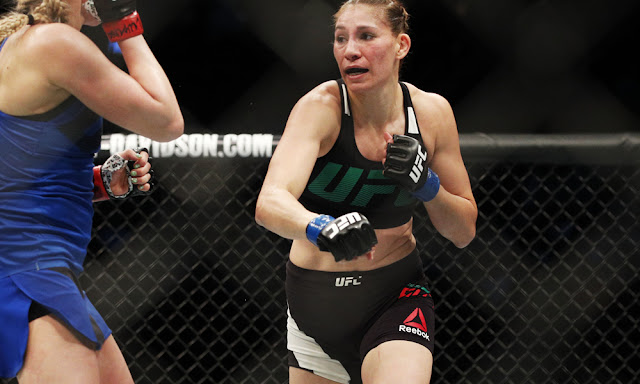 The main event airs on pay-per-view after prelims on FX and UFC Fight Pass. Aldana defeated Talita Bernardo at UFC Fight Night 124 in St. Louis, after enduring back to back loses against decision losses to Leslie Smith and Katlyn Chookagian.

Pudilova is also going into the fight on the back of a back to back win in February, when she outpointed Sarah Moras to give her bcak-to-back wins in the promotion and five victories in her past six fights.