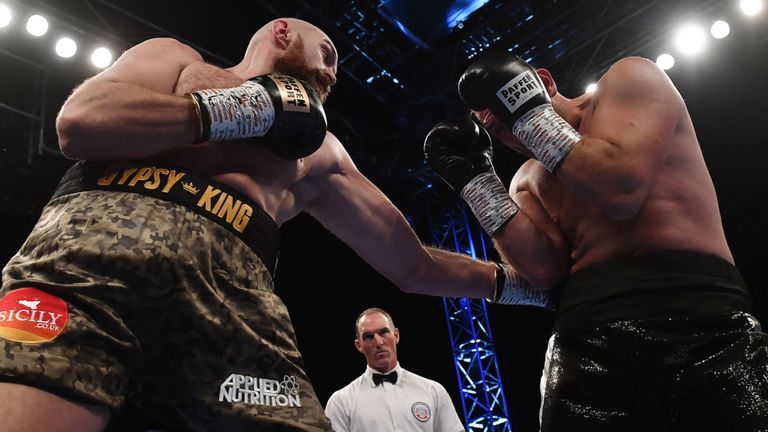 The Heavyweight fight was part of the Carl Frampton-Luke Jackson undercard and the Judge, Referee Steve Gray scored all rounds for Fury (100-90).

Fury(6-feet-9, 258-pound) couldn’t knockout the slow Pianeta despite having the height and reac advantage, he used his jab, movement and defense to easily out-box the slower southpaw and that didn’t go well with the crowd, who Booed him immediately the fight was over.