Skip to content
HomeBoxingTyson Fury : I Don’t Have To Impress Deontay Wilder

Tyson Fury : I Don’t Have To Impress Deontay Wilder 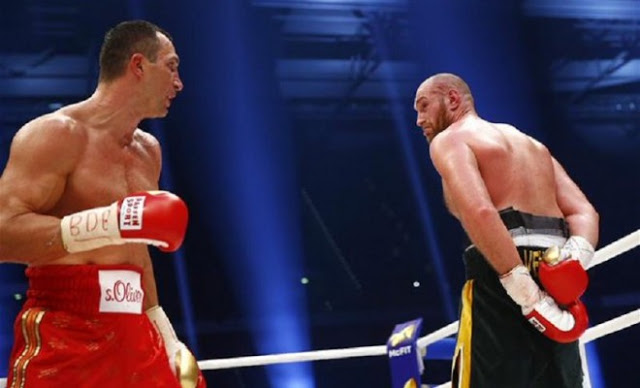 Tyson Fury makes clear he doesn’t need to impress anyone in his second comeback fight Francesco Pianeta, with Deontay Wilder scheduled to watch from ringside as a television analyst Windsor Park on Saturday.

Fury showed little concern about Wilder’s presence and made clear, things will only make sense when he meets him in the ring, when asked about Wilders’ coming.

“I don’t have to impress anybody,” said Fury when asked about Wilder being at ringside.

“If I come through this then Wilder has the chance to fight me for the lineal championship. Let’s face it, he’s not really fought anybody and he’s had 40 fights.”

Tyson Fury – Deontay Wilder is still undergoing Negotiations for a December show down but Fury says without a win against Pianeta, he wontw be facing the WBC Heavyweight Champion.

Pianeta has had lots of experience in the Boxing ring and has faced the best in the business, losing just five of his 40 bouts to Wladimir Klitschko, Ruslan Chagaev and Oliver McCall. With that his experience could be detrimental to Fury’s Comeback.

“If Pianeta chins me, I’ll crawl across the ring and kiss his feet because he’d be a better man than me,” he said.

“If I can’t beat him, I’m going nowhere. He’s a very dangerous opponent but I think I’m the greatest heavyweight who’s ever been born. It’s not actually going to be that hard to get all my belts back. All I’ve got to do is beat Anthony Joshua and Deontay Wilder. It shouldn’t be hard.

“I’m not focusing on Wilder or anyone besides Pianeta, though. Wilder may as well be a million years in the future. I’m focusing on Pianeta and nobody else. I’ve got a feeling Pianeta will come straight towards me and try and land some bombs.

“At least Pianeta has come here to fight me and look me in the eye. Others just talk about it on social media.”