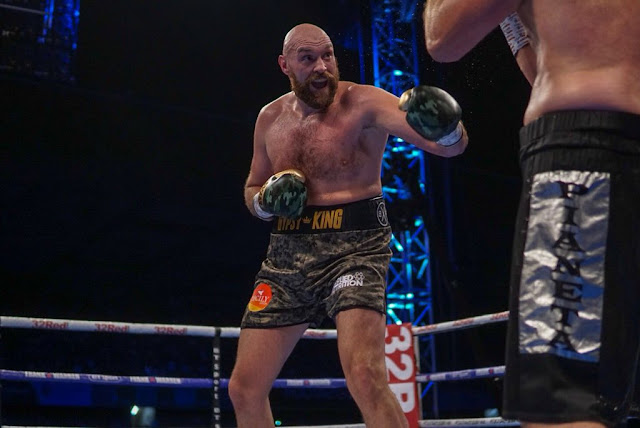 The Heavyweight fight was part of the Carl Frampton-Luke Jackson undercard and the Judge,  Referee Steve Gray scored all rounds for Fury (100-90).

Fury(6-feet-9, 258-pound) couldn’t knockout the slow Pianeta despite having the height  and reach advantage, he used his jab, movement and defense to easily out-box the slower southpaw and that didn’t go well with the crowd, who Booed him immediately the fight was over.

Pianeta on the other hand, slow-footed veteran was just no match for Fury’s skill level and this loss dropped him to (35-5-1) (21 KOs) losing three in his past four fights, while Fury improved to 27-0 (20 KOs) in his second Comeback fight.

The WBC Champion Deontay Wilder, who was ring side during the heavyweight Clash, rushed into the ring for a faceoff with the former world heavyweight champion and according to reports, the anticipated clash will be announced in a press conference on Monday.