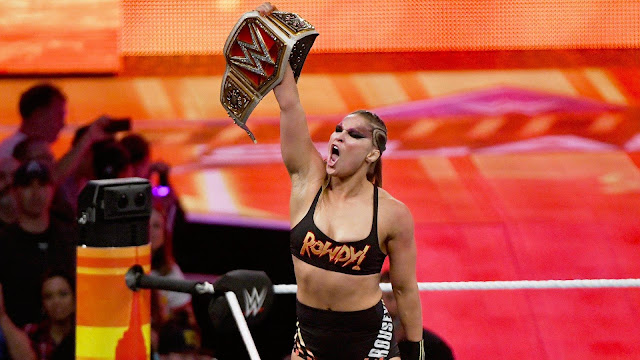 Bliss did her best to avoid the aggressive Rousey in the opening moments of the match, taking up residence in the ring ropes to stave off what many saw as inevitable. Little Miss Bliss tried to sneak attack Rousey, only to catch a punch to the chest that sent her reeling to the outside.

Rousey, seemingly sensing the fear in her opponent, gave Bliss an opportunity to take advantage of the contest, sitting down and turning her back to the champion. Bliss locked on a sleeper hold, which appeared to have no effect on The Baddest Woman on The Planet. Rousey stood right up and dumped Bliss to the canvas before tossing her around with ease, asking the sold-out Barclays Center if they were ready for a new Raw Women’s Champion.

👉 I cant Be Writing all this, Please I Beg you Go on and Watch Below 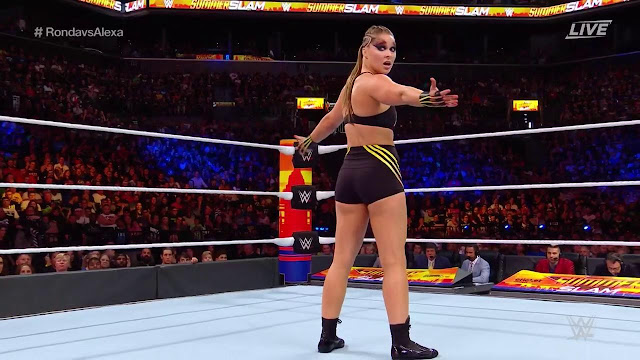 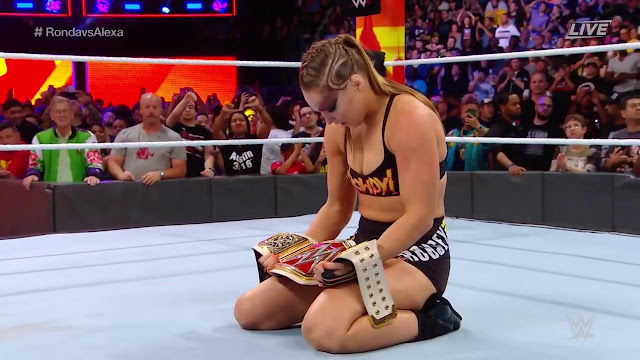 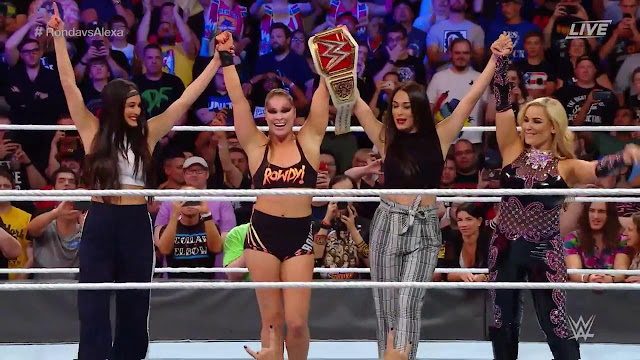 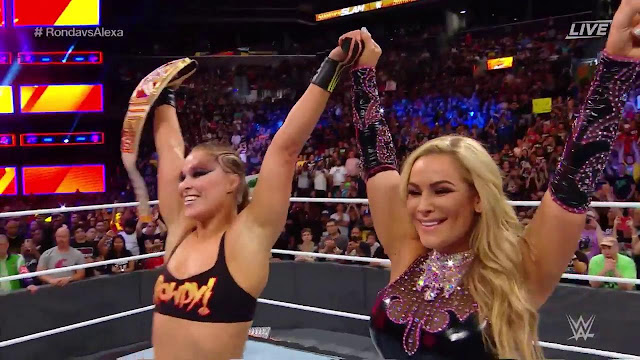