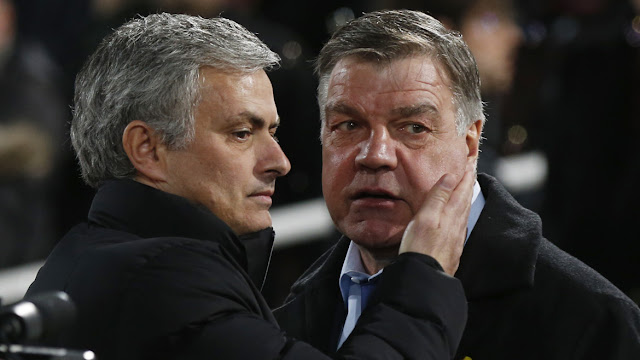 Sam Allardyce has been in the Premier League’s managerial world for many years, having the privilege of understanding the way transfers work and how managers ought to behave, even in desperate times.

Big Sam doesn’t see Jose Mourinho as the cause of United’s failure in bring in players in the just concluded summer window but blames those actually involved for not contacting the reapective agents involved early enough, so as to have enough negotiating time.

“They did it with David Moyes, who only signed Fellaini in the summer he first took over. It’s not like Manchester United to do it like that. Sir Alex always went and got his deals early.

“Manchester United haven’t got them as early as Jose would have liked. He been left in this position, because you have injuries to lots of players and then you become desperate.

“That’s one of the worries when you’re signing players. Particularly as a manager, for irrespective of who has done it, you’re going to be responsible.

“It will be your neck that’s on the line, whether he wants it or not, it’s still your signing in the view of everybody and you have cope with that. Difficult. Very difficult indeed.”