Oleksandr Usyk Vs Tony Bellew In Works For November 10th 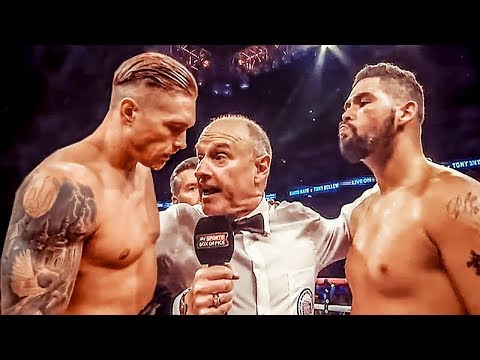 Reports have it that Oleksandr Usyk (15-0, 11 KOs) will be defending his undisputed cruiserweight championship status against  Tony Bellew (30-2-1, 20 KOs) in November 10th in London.

The fight is said to be in its final state and that some issues hindering the finalization of the date for the undisputed cruiserweight champion’s first fight since winning the World Boxing Super Series tournament last month in Moscow when he outclassed Murat Gassiev to win the four belts.

After racking up the four belts and the Ali Trophy with it, he turned his sights on WBC Emeritus champion Tony Bellew, who had just recently won his second fight in the Heavyweight division against David Haye and he got a positive.

[…] Bellew heaped Praises on his Ukrainian opponent Usyk, calling the fight the “toughest” in his professional career but promised, he will shock the World again, as he has been doing the past. […]