Manchester United Have Too Much Negativity Around – Ferdinand Predicts Season 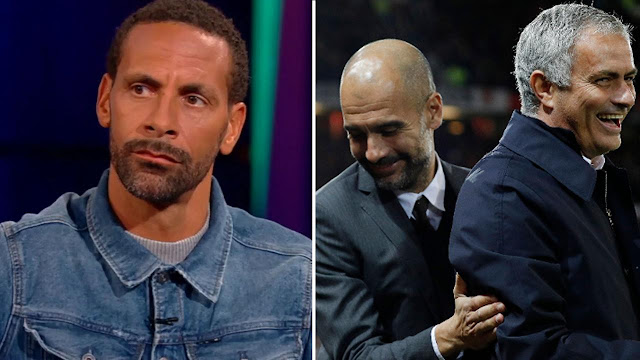 Manchester United showed some improvement in points last season and finished runner up in the premier League and FA Cup. Howbeit, with some very defensive and boring football masterminded by Jose Mourinho.

Jose Mourinho spent much money to build the team but the Football still hasn’t changed causing a rift with the Fans and after a very bad Pre season, Full of complaining – the management and staff, even players don’t seem in the same page anymore.

United Legend Rio Ferdinand also has this view and believes  with that Manchester united will not make it above Liverpool or Manchester City, who presently are having the best football in the premier League.

“There seems to be a lot of negativity around United at the moment, and that doesn’t bode well,” Ferdinand told the Daily Mirror .

“The manager is obviously not happy about the signings he hasn’t been able to make and not having certain players available on their pre-season tour, which isn’t nice to hear if you are a young kid trying to make your mark on the fringes of the squad.

“He seems to have put a nail in that coffin with the way he has spoken.

“And then there has been the saga of Anthony Martial going home from the tour in America and not coming back.
“In the meantime, Manchester City look stronger than ever and Liverpool have improved again.

“They have brought in a £60million goalkeeper, I think Naby Keita will make a great impact, we know of Xherdan Shaqiri’s quality, and they have added Fabinho to the mix as well.

“I’m a United fan, and I want to see them win the title, but I fear it’s going to be very difficult for that to happen this season.

“I can’t see past City and Liverpool as the top two – and to say that about the two clubs who wouldn’t be top of any United fan’s Christmas card list is horrendous.”