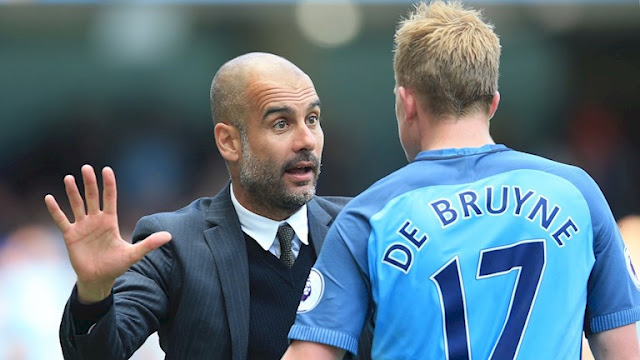 Manchester City is arguably the best team in the Premier League right now and with a good manager as Pep Guardiola, they have in two years grown from Premier League contenders to Champions but have failed to do well in European competitions.

Kevin De Bruyne, who has since been a key part in Pep Guardiola Premier League winning team, has argued that City don’t need to win the Champions League Trophy to be a successful team.

“We were great for the whole year, maybe a bit less against Liverpool, and so we were out. It is a tournament, you need to be good at the right time.

“In the league if you have a bad spell then you are running behind. It is a different prospect, cup games are different to a league.”

Liverpool had low consistency in the Premier League, finished fourth and were the only team to defeat Manchester City three times last season, twice in the Champions League and ones in the domestic league.

After failing to win trophies, Liverpool embarked on a spending spree, fortified the squad. This the 27 year De Bruyne believes that the spending was necessary, as tbeir rivals, needed to bridge the City gap.

“The main focus is on us. The other teams are always going to push us, Liverpool did what we did last year. They have spent a lot of money but wisely,” De Bruyne added.

“They needed some additions and they have got them in the right places. They saw that they had to up the level to come closer to us and we are trying to maintain what we have done last year.

“It will be a good battle between the top sides.”