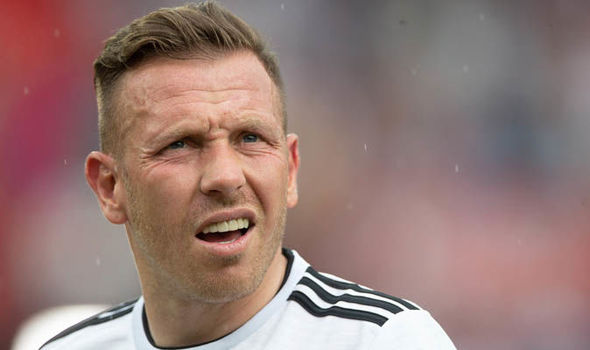 Former Reds striker Craig Bellamy has given a worrisome problem in the Jurgen Klopp’s assembled squad, as they go out challenging for the Premier League title.

He acknowledged, Liverpool have become a good team after the defense got bolstered by Virgil van Dijk’s arrival at Anfield and apart from his impressive performance, he his also raising his team-mates’ performances.

He said the Reds have just been this good because Dejan Lovren, who partnered with Van Dijk is out, due to injury paving way for Joe Gomez. He believes that Lovren left the Liverpool defense vulnerable to counter-attacks.

“They were very vulnerable to counter-attacks and with a defender like Lovren he was vulnerable,” Bellamy told Sky Sports , when asked what’s changed for Liverpool from last season.

“He left me so concerned that when the team won the ball and the opposition was going the other way, he would get exposed.

“For them to go and win the league I think it was going to be very difficult. They’ve shored that up, the defence. Now they have genuine pace.

“They can now defend one v one because, at times, with the way they play with the full-backs going on and the wingers coming inside they’re going to have to be prepared to do that at times.”