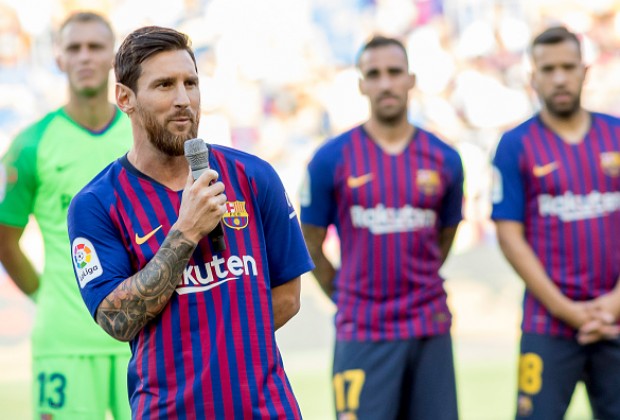 Lionel Messi has promised to bring the Champions League trophy back to Camp Nou in his first public speech, as a captain after inheriting the post from Andres Iniesta.

Messi made the promise before the kick off to their preseason Joan Gamper Trophy match against Boca Juniors, citing the bad feeling, thy all had after their premature departure from the competition last season.

“Last season was really good as we did the double but we all felt bad about how it went in the Champions League,” Messi said. “We promise that this season we will do all we can to bring that beautiful trophy back to the Camp Nou.”

He also gave tribute to the departed captain and their recent predecessors, accepting responsibility and the Honor of wearing the captain armband.

“It’s a source of great pride to be captain,” Messi said before the 3-0 win. “I know what it means to wear the armband but I am lucky to have had great role models such as [Carles] Puyol, Xavi and the great Andres whom we will miss this season.”