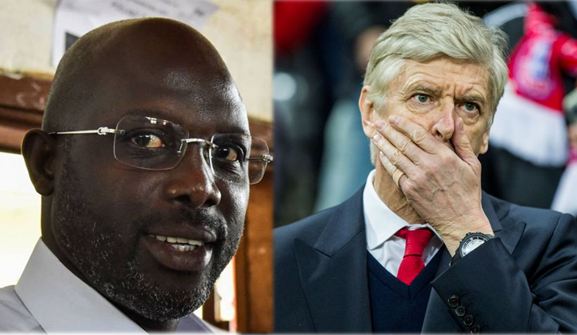 Liberian president George Weah has been criticised by opposition politician Darius Dillon for his decision to give country’s highest honor to Arsene Wenger and  Claude Le Roy.

Both French Football coaches  had played a significant role in Weah’s football career. Le Roy discovered Weah playing for a club in Cameroon in the late 1980s and recommended him to Wenger, then the coach of Monaco in France. Wenger took the advice, signed the Liberian and Weah went on to play for Monaco

This apparently didn’t go well with Darius Dillon, who criticised Weah for giving the countries personal honor to those who played a role in his personal  life.

The Liberian sports ministers confirmed that both will be given the Humane Order of African Redemption with the rank of Knight Grand Commander on Friday, with Arsene Wenger in attendance.