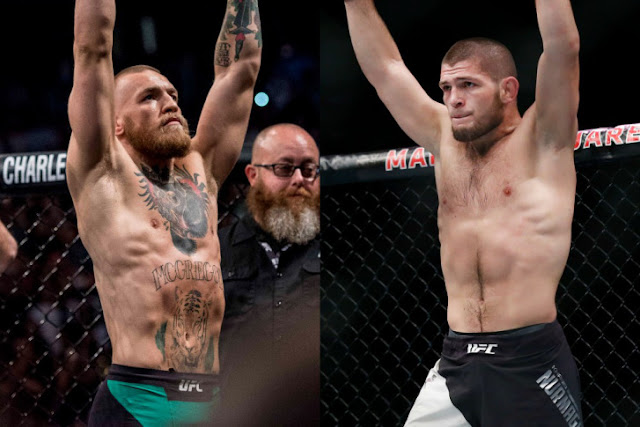 Announced today at a news conference for the promotion’s 25th anniversary, the long awaited matchup will headline UFC 229 on Oct. 6 at T-Mobile Arena in Las Vegas, airing live on pay-per-view.

Conor McGregor got the call back to the Octagon after he agreed a deal with prosecutors over his role in a bus attack at UFC 223 , which left two UFC fighters injured. This helped him avoid a jail time and was instead ordered to perform community service and anger management.

During his absence from the promotion, Nurmagomedov went on to capture the lightweight title that was stripped from McGregor when he failed to defend the belt but this isn’t what makes this interesting.

What makes it interesting is the fact that both have a grudge and McGregor recent issues is surrounded by this grudge and his rampage according to him, was a retaliation for a previous run-in between his teammate Artem Lobov and Nurmagomedov, who was in the bus at the time of the attack and was restrained by his manager.

Conor McGregor while still a Champ made a move into Boxing to face Floyd Mayweather tagged “The Money Fight” , which saw him lose with a 10th round KO but reportedly made McGregor over $100 million.