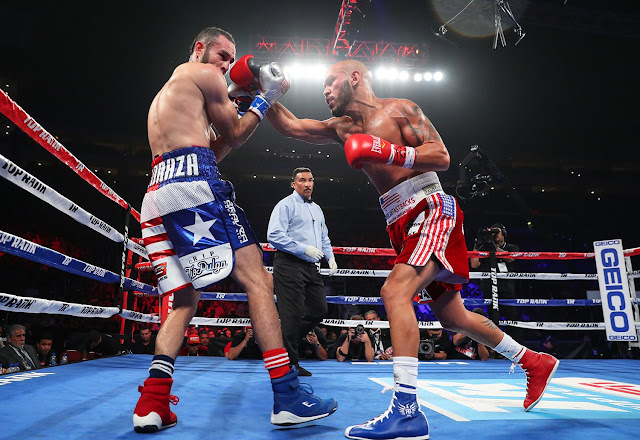 Jose Pedraza captured the WBO lightweight title to become a two division champion after dropping and winning a twelve round decision over former champion Ray Beltran.

Both fighters started out trying to establish, their Jab. Pedraza was jabbing to the body while Beltran was sending in counters which he did well blocking them.

The second round started differently with Beltran becoming more aggressive but towards the middle of the round, Pedraza started connecting more and even opened a cut on Beltran’s left eye.

Pedraza continued with his Jabbing in the third and picking out his spots perfectly, also avoiding Beltran’s counters and his aggressive charging by grabbing him to avoid attacks from the inside. Beltran connected more in the fifth and was able to turn the fight into a trading contest by the end of the round.