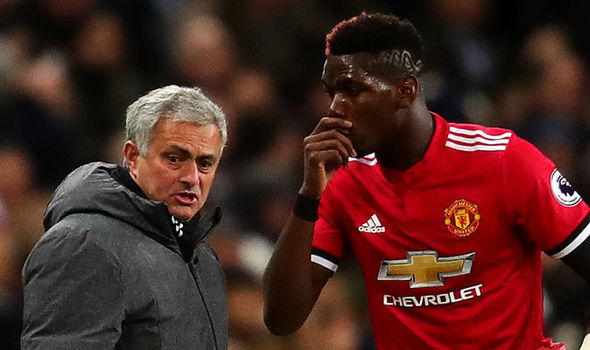 Jose Mourinho surfered the biggest home defeat of his Managerial career against Tottenham,  having already lost one of the first two games of the season and presently, sittlin 13th on the Premier League table.

The pressure is mounting rapidly and there have been many willing to help the Portuguese out of this predicament, one from former former United winger Willie Morgan seem obviously helpful but might not go well with many United Fans.

Morgan believes that Manchester United presently have players, less qualified to be on the team and to progress this players should be evicted from the squad. He aaso blamed the Portuguese of Judging wrongly and putting so much trust on this players.

The problem with Morgan’s prediction is that this players, where all brought in by the 55 year Old

“If Jose’s got another 30 years he might turn it around,” Morgan told Love Sport Radio’s Comedy Breakfast Show with Ian Stone.

“It’s his judgement that’s to blame – he’s kept a lot of players from when he took over that he should have cleared out. I’d keep [David] De Gea obviously.

“He’s done nothing. Why do you think Sir Alex Ferguson let him go for nothing?
“He just doesn’t have it, sadly. I don’t care if you win 10 World Cups – he’s done nothing since he’s come to Man Utd.”

He also mentioned three other players, Nemanja Matic, Alexis Sanchez and Romelu Lukaku, analysing their different weakness and how it brings down the club.

“He’s in a very poor team. And [Nemanja] Matic – the tree in my garden’s quicker than him,” Morgan added.

“He’s dreadful. [Alexis] Sanchez – what does he do? What’s he doing at Old Trafford?”

“I was one of the people that wanted Mourinho, I thought he’d be great for us, I really did. But I thought he’d come, get rid of all the garbage that was already there, bring in players and attack.

“Supporters I speak to just don’t understand why he doesn’t attack. I’d keep [Marcus] Rashford, I’d keep [Anthony] Martial, [Romelu] Lukaku is not the player for us.

“We’ve got a young player there – Rashford – who’s different class. He’s in a different league. And he doesn’t play him. I think we’ll be lucky to be in the top six.”