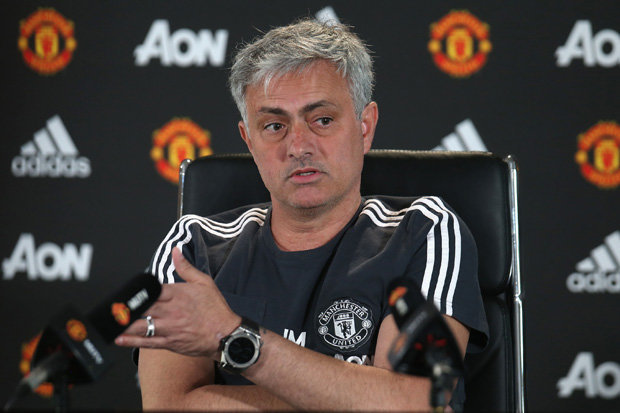 There have been much news going around that Manchester united are having a period of unrest in their camp and that Jose Mourinho and the boys are not in the same page but guess what?.

Jose Mourinho calls them lies and repeated a thousand more will still remain a lie. He believes, Manchester United will surprise you this season.

“I have my players and I like my players,” he said. “I like to work with my players. One lie repeated 1,000 times is still a lie but the perception of people is that it’s true.

“When you repeat 1,000 times that my relationship with my players is not good, it’s a lie, repeated 1,000 times is still a lie.
“I like my players and my group. I enjoy the last season, the fight to finish where we finished and to manage the best position in five or six years.

“I’m going to enjoy this season.”

The Portuguese brought in, using £68 million,  Fred, Diogo Dalot and Lee Grant this summer and had intentions of bringing in a center back and a right winger but nothing materialized and this has made people write out the Red Devils.

“By the end of November or December, you don’t need words, you’ll see by then which teams are candidates to win the Premier League,” he said.

“At the moment words are not important. Let’s play football and see by the end of November or December. You’ll see which teams are candidates.”