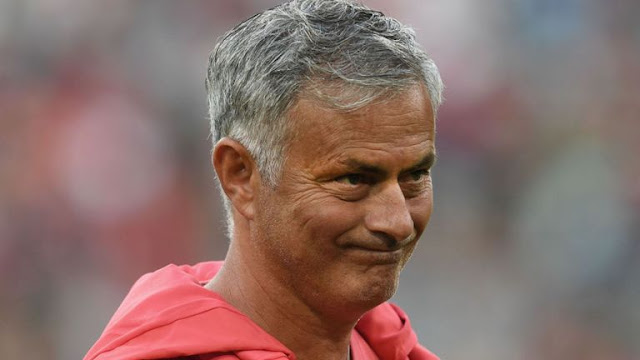 Manchester United Boss Jose Mourinho showed great relieve, as the summer preseason came to an end. He praised the young team for the show against a more experienced Bayern Munich.

Manchester United with the absence of some notable players (Paul Pogba, Marouane Fellaini and Ashley Young ), who are yet to return from their World Cup break

While Martial, Romelu Lukaku and Jesse Lingard have started training but were not listed in the squad against Bayern Munich on sunday. 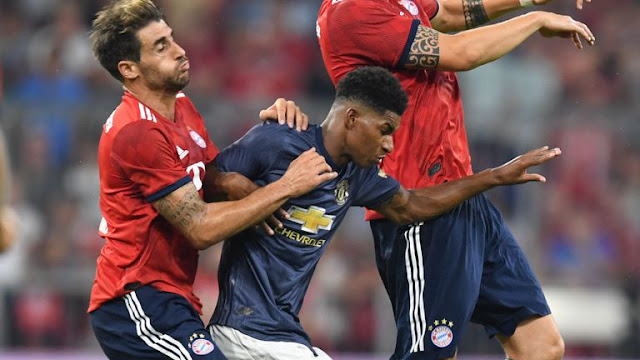 Manchester United lost 1 – 0, in a game totally dominated by the German Champions, registering only one shot, non on target and %28 possession

“Finally, it’s over. Finally, such a difficult pre-season is over,” Mourinho told MUTV.
“The players were, once more, brilliant.

“They could not have done better than what they did, fantastic experience for the boys.

“There was a moment I was looking to the area and there was Axel at centre-back to left, Demetri at left wing-back, Garner in midfield on the left and Chong.

“At the same time it was Lewandowski on Axel, Robben on Mitchell, (Leon) Goretzka on Garner and (Niklas) Sule on Chong.

“It was fantastic, absolutely fantastic.
“We were playing against their best team, it was their complete squad apart from (Corentin) Tolisso.”

Nemanja Matic, Diego Dalot, Sergio Romero and Antonio Valencia are missing through injury while Eric Bailly limped off during the game against Bayern Munich after pairing well with Lindelof at center back.