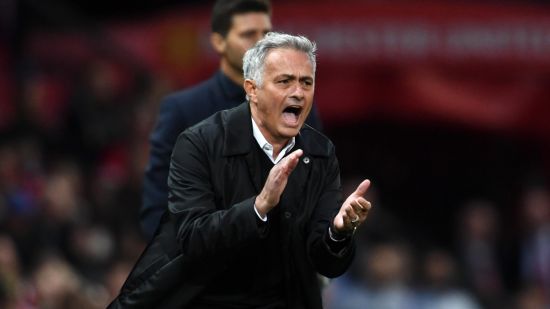 I was particularly pleased with him and told him he could not play better than he did. Of course  the kid has to be upset with the result but the kid also has to know that he has has three very good matches in the Premier League and today he was very, very good. I am very, very happy with him.

Jose Mourinho On The Game

In the first half we created more chances than in any other match, am not speaking about matches against top four or five teams. I am speaking about any of the teams. We were frustrated at halftime with the result and we believed, we really believed, that we were going to win the game.

The last thing i told the players when they left the dressing room was that, they had zero free-kicks, zero lateral free kicks, zero corners. So make sure that if they had one then you cope with it. Then one corner, one goal and the game changed

Normally, I am the first to leave the pitch when my team wins, but my team lost and my Players deserved to be in the middle of the pitch with me. So i went there for my players  But then, the Fans, they had such an amazing reaction to the boys  so i thank them on behalf of everyone.

The Fans tell you every thing  I don’t need to say anything. The fans saw it and they reacted in relation to what they saw, in relation to what they feel. One thing is to lose at home and deservedly, another thing is to lose Undeservedly, being the best team and having a fantastic attitude and being really, really unlucky. The supporters are an amazing judge. The way they reacted, for me, tells you everything .