Jose Mourinho : Manchester United Going In With The Same Squad 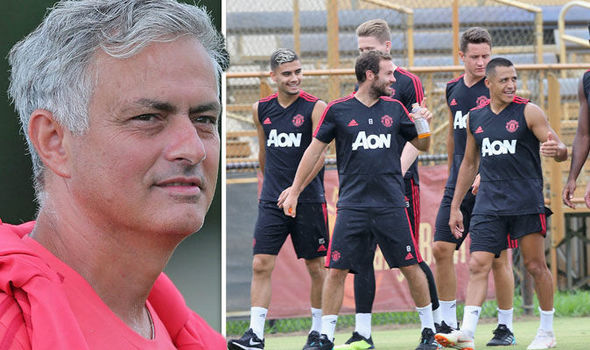 Manchester United went through a very stressful and frustrating pre season and even Manager Jose Mourinho admitted, he was relived, it was over.

Things got sour after that as the frustrations of fortifying the club for the new season wasn’t the way the Portuguese expected, as he was only able to add Fred from Shakhtar Donetsk and full-back Diego Dalot from Porto, while goalkeeper Lee Grant joined on a two-year deal from Stoke but failing to sign a Center Back and a midfielder that were last season issues.

Jose Mourinho claims nothing has really changed from his squad of last season and that transfers into the club, were replacements for departures and nothing more.

“It is the same, the same squad as last season,” Mourinho told Sky Sports. “We changed the goalkeepers with Lee [Grant] because Joel [Pereira] Is such a good young goalkeeper that he needs to play.

“We changed Daley Blind for a 19-year-old kid [Diego Dalot] that we believe has the potential to play right-back or left-back and we changed Michael Carrick for Fred so our squad is the same.

“He [Fred] is a midfield player, he’s not a striker, not a central defender, he’s a midfield player that technically is very good. In that sense, typically, the Brazilian player has a very rich luggage in technical terms and also in some static beauty movements of football. He’s a player to really enjoy, if he adapts as soon as possible.”

Jose Mourinho has resolved to maintaining the resources he has on ground and says his players need to work hard to achieve results, as it is the only way to improve the team. 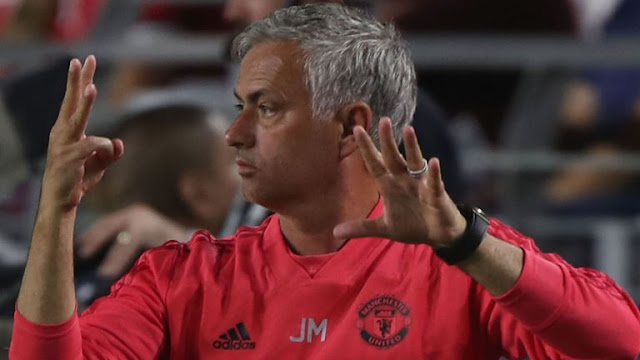 “I look to us and I focus on us and not much on the others. For us, it was a very simple market as you can see,” Mourinho added. “The only thing we can do is to work. There are ways to improve your team: one way is to spend a lot of money and to bring in lots of important players, another way is to work and that’s the way we have to do it.

Concerning his opening Clash against Leicester, he maintained will be a difficult game for United, due to the fact that  they have always kept high goals since becoming Champions few years ago.

“I have nothing to learn,” said Mourinho. “I have the same players, I have the same team. As you can imagine my players worked during pre-season so our evolution as a team, evolution in our style of play has to be done in the competition, during the competition and during the spaces we are going to have in between matches. One third of my squad arrived two or three days ago, so it’s not easy.

“Leicester is a team that, of course, was champion a few years ago and since then, was always strong, was always stable, good investments, good players, good choices, good market, good coaches, stable team. They fear nothing because there is no way they can be in the second part of the table.

“I think their ambition is to close the gap and to try and reach the top positions. Difficult start, difficult match for us, but I also believe difficult for them.”