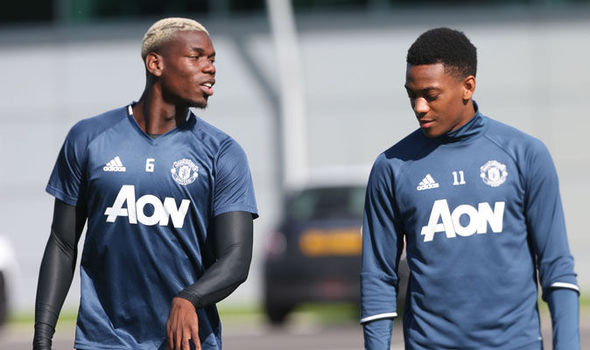 Jose Mourinho has not hidden his displeasure over Anthony Martial’s delayed return to training after his wife’s save delivery during the pre-season.

Martial stayed away for nine days according to the boss, which also according to him leaves him in the same spot as the others, who returned late due to their World Cup Holidays .

“He had the first three or four days of training and first couple of matches where he played 40 or 50 minutes.When you are nine days without one minute of training or football, you go back and start with the other people.”

Mourinho might have some of his key players start from the bench, as they have only been training for four days, though praising them for their desire to train.

“He arrived Monday, happy, proud. a desire to work.

“He worked amazingly well Monday, Tuesday, Wednesday and he’s one of the players that I have to speak to see how physically and mentally he feels. But it’s the same conversation as with [Ashley] Young, [Marouane] Fellaini, [Jesse] Lingard, it’s the same.

“To know how they feel physically mentally to try to give us a help, if they feel they can help us, 20 minutes, 10 minutes, half an hour.We don’t have many solutions and we want to go with everything we have.”