Skip to content
HomeBoxingJerwin Ancajas vs. Alejandro Santiago Barrios In Play For Sept 29

Jerwin Ancajas vs. Alejandro Santiago Barrios In Play For Sept 29 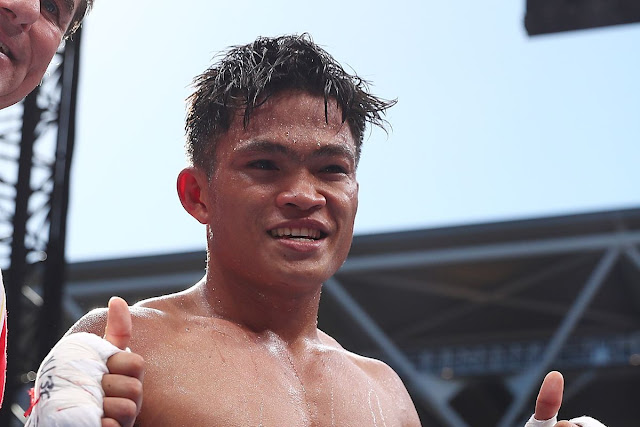 IBF super flyweight champion Jerwin Ancajas will be defending his title against Alejandro Santiago Barrios on the 29th of September in a place in Oakland .

The fight will be the sixth defence of his title, third this year and will be televised on ESPN+. He is a very active fighter, having most recently won a twelve round unanimous decision over his Filipino countryman, Jonas Sultan.

Ancajas (30-1-1, 20KOs) knocked down the previously undefeated McJoe Arroyo in the eighth round en route to a unanimous decision, to win the title back in 2016 and is being co-promoted by Top Rank and Manny Pacquiao’s MP Promotions, while Barrios (16-2-4, 7 KOs) is coming off two draws against undefeated Jose Martinez.

The only loss in his career came against Mark Geraldo on March 17, 2012, lost via 10-round majority decision and has since won 16 fights with 14 coming within the distance.