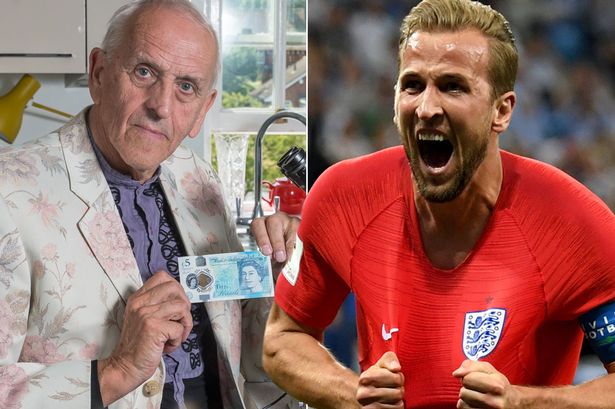 England captain and Tottenham star player Harry Kane has been honored for his World Cup Golden Boot achievement at the 2018 World Cup in Russia.

Graham Short a Micro-engraver, who had previously Jane Austen into a £5 note in the past engraved him on six £5 notes, representing each goal he scored at the World Cup and its already in circulation in Wales which could be worth up to £50,000.

His previous notes containing Austen fetched £6,000 at auction and this according to Short will be worth 10 times more.

“I was watching the World Cup, as many people were, and it looked like Harry Kane would get the Golden Boot, which was exciting, and when he did I started thinking it would be great to mark that by putting his portrait on a £5 note and got to work,” Graham said.

“I’ve done six — one for each goal he scored — for Harry himself, the Football Association and four to be spent as we did with the Jane Austen notes around the UK and Ireland,” he said, as reported by the Guardian. “The Welsh note, I went to Merthyr Tydfil, the former mining town where my father was born.

“It’s not a wealthy area and I’m hoping that this note could help to change the life of someone in that area who finds it.”