Derren Till Responds To Critics About Controversial Family Comments 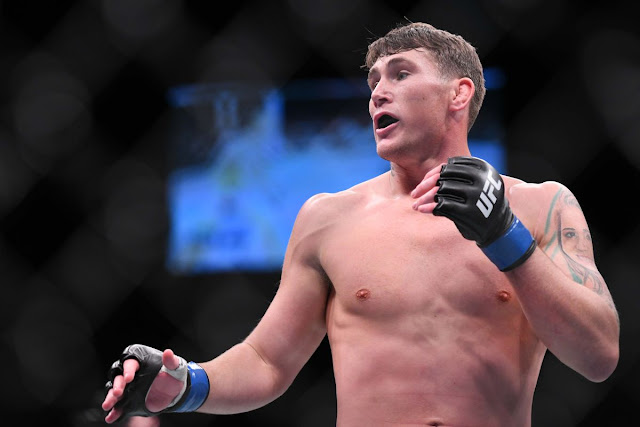 UFC welterweight title challenger
Darren Till was brought under fire by critics, for comments he made back stage at the UFC227 saying, he didn’t care about his pregnant girlfriend and Daughter.

He acknowledged he might have been a little too hard on his family, saying such things to the press but said those words don’t have the magnitude the critics are giving it.

“People just don’t understand how it works, high-level fighting,” Till told the “Obviously Fight Talk” podcast. “They look for any opportunity to be offended. It’s just online trolls. They just haven’t got a clue.”

“My girlfriend and my daughter, they know what’s what, (My girlfriend) was right next to me when I was giving that interview, and she was laughing.

“Some people just need to stop trying to be offended. It might have come off as I don’t give two (expletive), but right now, it’s all about me until September. I have to be selfish. After the fight, everyone knows it’s downtime and holidays and going to see my daughter.”

“There were some days I couldn’t eat, because I just gave my whole life to the fighting, and it’s now paying off”.

Till will face Woodley on Sept. 8 in Dallas, for a chance to grab the UFC Welterweight title and will take a trip to Liverpool and then back to Las Vegas, where he plans to utilize the UFC’s Performance Institute to help him shed weight early