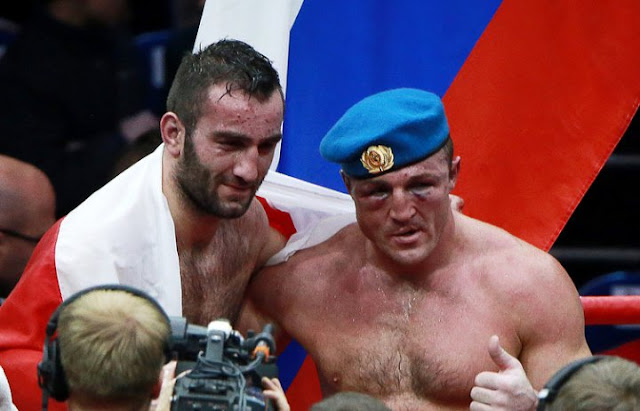 former WBA, IBF cruiserweight world champion Denis Lebedev will make his Ring return against Turkish boxer Hizni Altunkaya, having been out since winning a twelve round unanimous decision over Australian Mark Flanagan in July of 2017.

Lebedev (30-2, 22KOs) was stripped of his WBA “super” title status back in January and gave him an automatic mandatory position with tag “Champion In Recess”.

The 30-year-old Altunkaya, (30-2, 17 KOs) wow holds the 9th position on WBA rankings, has been more active, having just been knocked out by Beibut Shumenov, in a WBA “regular” cruiserweight title fight in July 7.

Yunier Dorticos became the “super” champion after Lebedev got stripped but didn’t reign long as he got knocked out by Murat Gassiev, whose reign didn’t last too, as he got dominated by Oleksandr Usyk in their World Boxing Super Series final Bout.