Cristiano Ronaldo Will Need To Be On The Bench Sometimes – Allegri 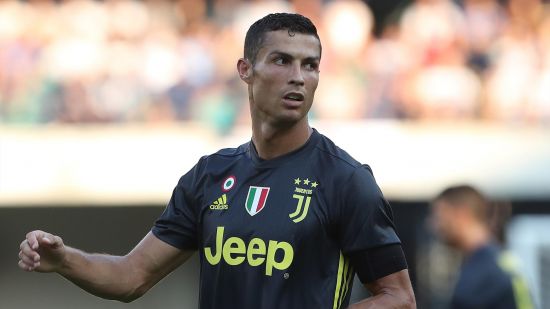 Juventus manager Massimiliano Allegri hhs made clear that the five time Ballon D’or winner Cristiano Ronaldo, who moved in from real Madrid, will sometime be starting from the bench when he notices short he needs to save energy.

Ronaldo move from Real Madrid to Italian Giants during the 2018 summer transfer window for a sum of €105m and according to Allegri will be making his home debut against Lazio on Saturday.

“He has to understand that there will be times when he starts on the bench and then just plays half an hour,” Allegri said
.
” Even he will need a break at some point. At Real Madrid, he was excellently managed.”

Allegri also took time to praise the Portuguese for his dedication to training and his influence on the younger players.

“Ronaldo trains very competitively, he takes nothing for granted and is a champion, building his own success over the years through hard work and sacrifice.

“He is a great example for the younger players and he raises our overall quality… Ronaldo is bringing a great enthusiasm to Italian football.”