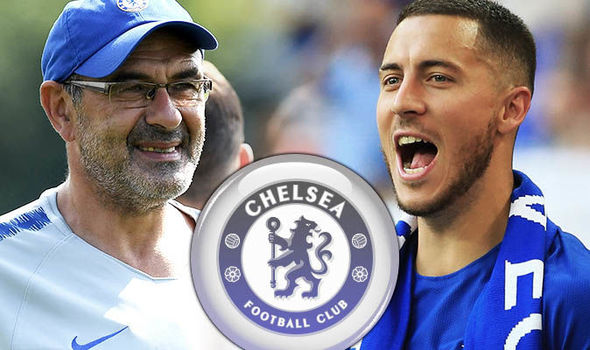 Chelsea started their 2018/19 campaign  under Maurizio Sarri with wins in the first two games of the season but according to former Tottenham and England midfielder Danny Murphy, there are still problems to be fixed.

Murphy claimed that Goals  won’t be a problem under maurizio Sarri, as experience over the years have shown the former Napoli Boss has no issues making his team create goals but will definitely have issues defending.

Murphy Highlighted the Arsenal Clash. The Gunners were sloppy but still found it way too easy to score Chelsea after going two goals down and against a very counter attacking….. It will be a problem.

“Sarri is a manager who has a huge reputation for bringing goals and I can see that following him to Chelsea,” Murphy told bwin.

“I think [Alvaro] Morata and [Olivier] Giroud have the potential to score 20 Premier League goals this season if they both play regularly.

“I look at [Eden] Hazard and how he played at the World Cup and I think he also has the potential to score 20 Premier League goals in a season.

“Sarri is looking to implement a very attacking style, but I think we’ve already seen how easily Chelsea can be opened up and their defensive frailties this season.

“Chelsea would never get opened up so easily under Conte and [Jose] Mourinho so that’s a balance that needs to be addressed if the club is to be successful.