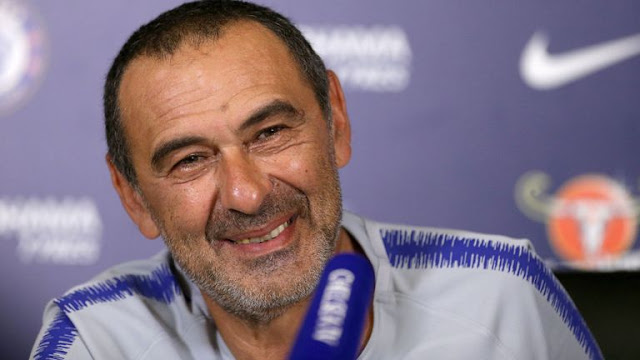 Chelsea Boss Maurizio Sarri has made known, he wants his stay at Chelsea to be a long one.

Over the past decade, Chelsea has had the highest record of Managerial changes in the top six and dreaming of a long stay at Stanford Bridge seem unrealistic but the he believes it’s possible, if he wins.

“It depends on the club, I want to stay here for many years,” he said.

“I have to win and then it depends on the club but I want to stay here for a long time.”

The Chelsea Boss also believes that Chelsea needs only one more signing before the end of the transfer window.  Having alrwady signed big-money midfielder Jorginho and back-up goalkeeper Rob Green.

“I think we need something,” he said. “But only maybe one player.

“I spoke with the club about the market but only one time, no more. I spoke about positions but no specifics – no names – so I don’t know.”