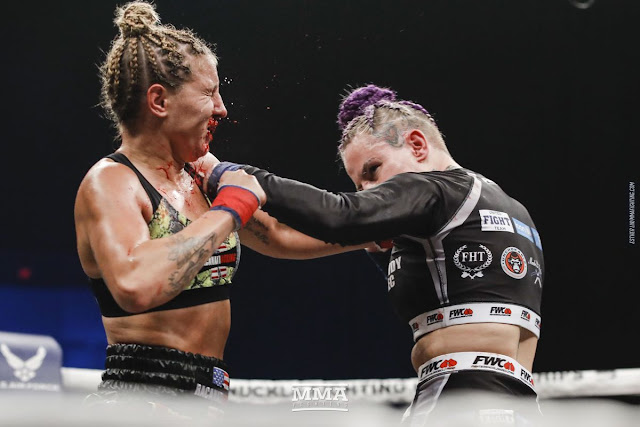 Bec Rawlings retained the National Police Gazette women’s bare-knuckle boxing belt with a split decision win over Britain Hart, scored by the Judges (47-48, 50-45, 49-45) in the main event and her second bare Knuckle Bout.

The former UFC and Ultimate Fighter dominated Britain Hart over five rounds and had appeared to drop her inithe fourth round but the referee ruled that a slip but before then had Hart’s nose tore with a jab in the third.

Bec Rawlings had won her first fight boxer Alma Garcia in the inaugural event in June via second-round TKO (doctor’s stoppage) and though rejected by the UFC, has somehow become the face of Bare Knuckle FC.

“You win this fight by being aggressive, not by running,” Rawlings said afterward. “I’m still the queen of bare knuckle.”

“I wanted to test myself against boxers,”

Other Results From The Card

🌐Michael McDonald def. Charles Bennett via TKO at 1:49 of R4