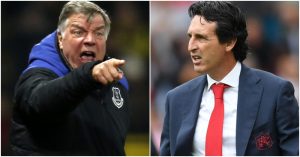 Unai Emery has only had one game this season but has been criticized by many, due to the new style of play, he is bringing to the Emirates stadium.

The most notable of those Criticism came from an experienced Manager in the Premier League in Sam Allardyce but Liam Rosenior believes, he was a little disrespectful in his comments.

“Emery’s probably spoken to the directors and said this is the way I play. This is what I can give you, not just over one year but over three, for our five.

“That Arsenal team have been struggling for a few years and it takes time to build something, and if you deviate from that straight away you already give away your power and style of play. It took Guardiola time to get Manchester City playing the way he wanted.

“Emery has come in at Arsenal, and they’re trying to get in the top four, he’s trying to play the same way. He’s won titles with Sevilla, he’s won three Europa Leagues in a row, and I find it a bit disrespectful to have a go at him trying to build something in the same way Jurgen Klopp and Pep Guardiola have in the past.

“Sam Allardyce was having a go at a manager who’s just had his first game, playing against the best team in the league, trying to put a stamp on his philosophy into this club – let’s see how Arsenal do in six months in six months’ time, because I saw a lot of good in their play.

“Yes they lost, yes Cech made mistakes playing out, but I saw them being able to press the ball because they were trying to rest in possession.”