Skip to content
HomeBoxingAmir Khan : Samuel Vargas Win Will Be A Welterweight Statement

Amir Khan : Samuel Vargas Win Will Be A  Welterweight Statement 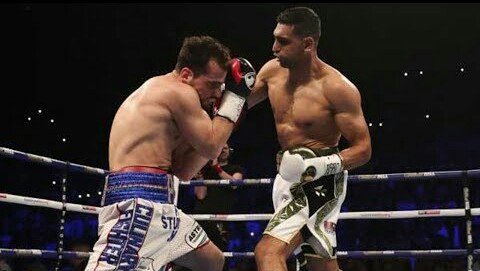 Amir Khan is planning to make a statement to all  welterweights with his upcoming fight against Columbian Samuel Vargas at Arena Birmingham on September 8.

The former World champion, will be fighting for the first time in two years at 147 after facing Canelo and (Phil) Lo Greco at 150 but seem to be planning a long stay in the division.

“I want to fight at 147 because I am a welterweight fighter, and I’ve made that clear,” Khan told Sky Sports.

“I will be ranked at 147 and I want to see where they put me. I want to win a world title again. There are titles after this one, there are other big fighters out there, but we are taking it one step at a time.”

Other News // Cristiano Ronaldo Is The Best Player  in the world, I Miss Playing With Him