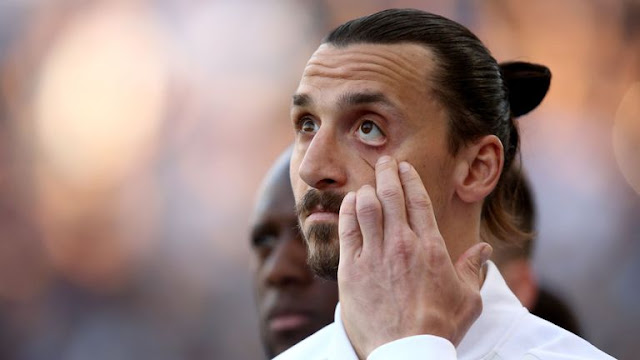 Zlatan Ibrahimovic send apologies to Manchester United fans for not coming to the club earlier in his career, promising it would have been a different experience

Zlatan scored 28 goals in his opening season at Old Trafford, finishing as the top scorer in all competitions in 2016/17 – guiding the club to victory in the Europa League and Carabao Cup.

He carried the hopes of the Fans on his Shoulders until his injury issues started towards the end of his first season, lasting till almost a half of the next season. He was only able to play a handfull of games that seasons before his transfer.

“I feel sorry for the fans – if they’d seen me younger, they’d have seen a different lion,” he declared, in his unmistakable style.

“For the Premier League, it would have been dangerous, as I would have eaten them for breakfast; instead, I took them for lunch. But I came: they wanted me, I gave them me and I took over. Been there and done that.

“I would need more time to explain my feelings but let’s start with a big thanks to everybody – what they did was amazing and I hope they are as happy as I am,” he continued.

“I gave as much as I could for as long as I could; when I got injured, I got support in a different way. They always stood behind me and my team-mates.

“They are special: everywhere I see red, I think about United. It will remain in history and my career; when I look back at my time with United, I will do it with a smile. I wish them all the best in the future.”