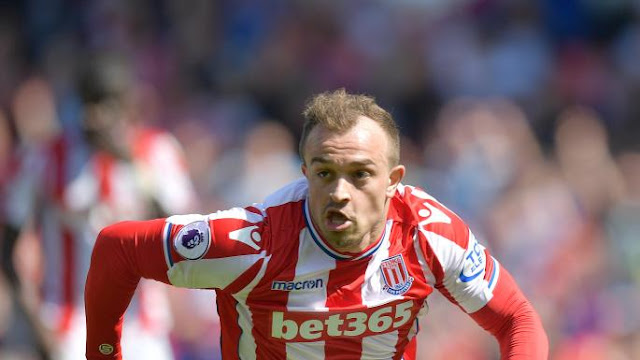 Xherdan Shaqiri is on his way to Liverpool from Stoke City as the earlier has reportedly cleared his release clause of £13.5m according to Skysports.

Shaqiri has made 84 appearances for the Club and still have two years left in his contract with the relegated club.

Stoke City relegated from the premier League and since then the Swiss has made known,  he wished to leave Stoke after the Relegation.

He had been a major asset in the Swiss National Team during their run to the World Cup round of 16, scoring the last minute goal to secure the spot.

Liverpool have already signed two midfielders this summer Fabinho and Naby Keita but Klopp is still out looking for a very good replacement for Philippe Coutinho.